Hit the Road with Care

Posted on January 24, 2014 by weloveportugal

As we start to test our New Year resolutions, so does the Portuguese Traffic Department. Theirs is to fine the nation into better driving habits to line them up with their European counterparts.

While this may be a welcome sign for many who bemoan the lack of local driving skills, it also puts us on the spot. Imagine hire car indicating left, then right then suddenly instructed to veer off completely by gesticulating passenger deciphering a map or bent over the GPS – a common sight, as too the matchbox cars invariably driven by an old man under a cap, pottering along oblivious to everything around him. Incidentally, these 270 to 500cc engines called “mata-velhos” (literally and somewhat sinisterly translates “killer of old people”), do not require a drivers licence. The name may have something to do with this and the number of accidents they cause.

Some of the main things to look out for, according to information from The National Authority for Road Safety “ANSR” (www.ansr.pt):

In addition to identification documents, drivers must now carry their fiscal card or printout from the Finance Department stating their fiscal number.
Cell phones have long been prohibited but now the use of double earpieces is too.  Only single earpieces are allowed.
Children have to be in a booster seat until they are 1.35m tall.
Cyclists have new rights. Allow at least 1.5m when passing a cyclist and be aware that they are considered as vehicles on roundabouts and in traffic generally.  Their responsibility is to carry identification and use lights at night. Riding on pavements is illegal.
In urban areas used by pedestrians, cyclists and vehicles, deemed “zones of co-existence”, the speed limit has been reduced to 20km/h.
Most significant are the changes to roundabout etiquette. Only travel on the far right hand lane IF you are taking the next exit. Otherwise travel in the inner lane and indicate to move to the right lane when you are sure of the exit.  Watch out because exceptions apply to heavy vehicles, bicycles and animal-drawn vehicles. The fine for getting this wrong ranges from €60 to €300.

Hopefully, driving round and round and round until we get our bearings is not considered an offense. Algarve roundabouts are pretty and tame compared to Lisbon’s Marquês de Pombal and the Airport’s Relógio. There, forget maps and your GPS, take a deep breath, get into that inner lane and be prepared to get it wrong several times.

Christmas Cheer in the Algarve

Posted on December 12, 2013 by weloveportugal

While most of Europe experiences below zero temperatures in December, it is hard to resist feeling a little smug as we take long walks on glistening, often deserted beaches and enjoy hot drinks on esplanades bathed in sunshine. Some may say it doesn’t feel like Christmas but look beyond the normal tourist attractions and you have the opportunity to share in the local customs and festivities.

One of the most important expressions of popular culture at this time of the year revolves around the creation of nativity scenes. Every church in every town and hamlet will have one on display. This year, the Nossa Senhora da Conceição Church in Loulé is hosting an exhibition of 23 displays that are part of the 1st Nativity Scene Competition of the Municipality. Traditionally though, nativity scenes in the Algarve are not about the manger and the three kings but rather focus on revering the Christ Child – O Menino Jesus and reflect the importance of agriculture in the region. A small altar built of steps is covered with a cloth of the finest, white linen and lace. A hand-painted statue of the Christ Child dressed in a freshly washed and pressed robe is placed on the top step. The altar is adorned with sprigs of rosemary, bay leaf, olive and oranges. On either side of each step, sit little porcelain or clay dishes with sprouted grains, sown on the 8th of December. These seedlings, considered blessed by the Christ Child, are planted out on the day of Kings, January 6th, in the hope that a bountiful harvest will ensure. Churches are also commonly the venues for the many Christmas concerts and carol services held throughout the region. There are several amateur choirs such as the Grupo Coral Adágio from Portimão and the Coral Ideias do Levante from Lagoa. Concerts have a very diverse repertoire, often representative of the many nationalities of the members of the choirs. The Orquestra Clássica do Sul, (Classic Orchestra of the South) also put on concerts in the weeks leading up to Christmas day.

Every year sees more and more Christmas markets and fairs, usually in support of a charity. These are wonderful venues to buy original gifts made by local craft artists. It may not be easy to find information on what is happening all in one place but it is worth spending a little time scouring the local newspapers and magazines for details of events. Most groups have their own websites and municipalities have come a long way in promoting activities, publishing little leaflets with the events for the month. Their websites are worth checking out too. Type in “cm-“(for Câmara Municipal) and then the name of the town, e.g. www.cm-lagos.pt.

The Algarve Tourism board site is:  www.visitalgarve.pt

So chase the Christmas cheer before you welcome in the year! Posted in Algarve life and traditions | Tagged Algarve Autumn, Algarve traditions | Comments Off on Algarve in Autumn – the Summer of Saint Martinho 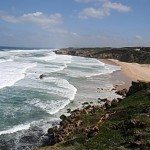 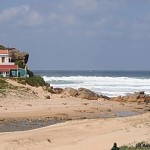 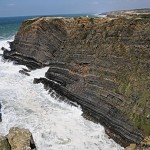 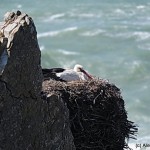 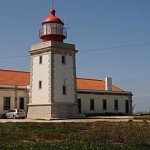 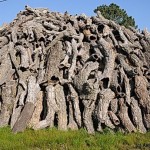 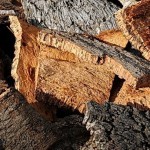 Carnival time in the Algarve

Posted on February 26, 2012 by weloveportugal

Mid-February is Carnival time in the Algarve.

The children have three days off school, the shops are full of carnival costumes and in the streets, Carnival in the Algarve is celebrated with three days of parties and revelry.  In ancient times, the festivities, which go back to Roman Pagan rituals, symbolised the rebirth of Nature and the hope for a favourable harvest.

The town of Loulé has one of the oldest and best-known parades in the country, dating back to 1906. This is one of the biggest, brightest and boldest street parties in Portugal, a three-day extravaganza of mirth, mischief and merrymaking. The procession of floats heaves with a colourful theatre of costumes, masks and hats. Festivities continue into the night with dancing till dawn. If you are holidaying in the Algarve at this time of year it is well worth a day trip to Loulé to watch the famous parade of floats, with cabeçudos, samba performers, and a mix of live music. It is a true tradition and a celebration for everyone. You will see masked individuals, and costumed cross dressers enjoying making a racket in the streets. Traditional stores line the route selling local fayre in both liquid and solid form. Madronia, the famous Monchique lacquer from the Madronia berries is popular – and extremely strong. Little cakes and sweets with marzipan, chorros, farturas, dried figs stuffed with almonds and a range of savouries – petiscos – will be on offer.

Carnival antics of the past included disguising ones voice and playing tricks on people – known as “entrudos”.  Masked balls often followed as evening entertainment but are less prevalent nowadays. The “estudantinas” were groups of people dressed as students seen wandering the streets singing quartets about Carnival life and celebration. Today, the most common sound of Carnival is the sound of the Brazilian Samba.  As in the UK, each city chooses a Carnival King and Queen, and they will be given pride of place on one of the many flower covered floats.

Most carnivals have a theme, with much good-natured satirising of life, with a particular proclivity for ridiculing politicians. Taxes attract a special level of repent, and this year’s theme in Loulé was “Troika and the Crisis”. In Moncarapacho Greek Gods and Godesses were seen, probably in either borrowed or second hard robes!

Algarve carnivals are policed by the local GNR, but the officers maintain a very low-key presence, in keeping with the spirit of the events. There are usually children’s parades and special events, and even though fewer adults dress up these days, the children love it and the Primary school parades are a must to see. The children’s processions tend to be in the morning and the main events are after 3pm. So, be prepared to get wet, dodge a flying egg or two, drink too much and dance into the night to the sounds of Samba, all in aid of living the tradition and enabling the full travel experience.

Posted in Algarve life and traditions | Tagged algarve, carnival, party, tradition | Comments Off on Carnival time in the Algarve